A Mentorship Moment in The Boys in the Boat

Mentorship is an important part of leadership, and I am always inspired when I encounter compelling examples of it. Daniel James Brown’s The Boys in the Boat, the fascinating story of nine undergraduate crew team members from the University of Washington who rowed their way to a national championship and the opportunity to compete in the 1936 Olympics in Berlin, Germany, includes a powerful example of mentorship.

The Boys in the Boat is a testament to courage, compassion, character, grit, dedication, humility, and teamwork. Joe Rantz, the story’s main character, had a difficult childhood during the depression but his indomitable spirit eventually led him to the University of Washington and its prestigious crew program.

Joe no doubt had several mentors, especially among his crew coaches. Yet, when he was interviewed about his experiences at the University of Washington over eight decades later, among all of his mentors, the most prominent in his memory was not a coach but was the unassuming master boat builder, George Pocock.

A brilliant and prolific boat craftsman, who also was highly knowledgeable about racing, George was a sensitive man and an astute observer of human behavior and motivation. He had a keen ability to read the emotions of others. Today we would say that George possessed high emotional intelligence.

What I found most moving was the occasion when George took Joe aside to talk with him about his rowing. He praised Joe for his effort and dedication and offered detailed, constructive criticism of his technique. George then went deeper. Showing great compassion and respect, he explained that Joe sometimes rowed as if it was completely up to him to win the race. Comparing crew to a symphony, George emphasized the importance of rowing in harmony with his teammates. He told Joe that it was not possible to harmonize with his teammates without opening his heart to them and wanting them to win the race as much as he does. He then said something Joe would always remember. “Joe, when you really start trusting those other boys, you will feel a power at work within you that is far beyond anything you’ve ever imagined.”(The Boys in the Boat, p. 235).

George’s heartfelt message, grounded in compassion, courage, openness, and trust, affected Joe profoundly. It transformed his relationship with his teammates and his rowing. More importantly, it transformed his life.

Reading The Boys in the Boat reminded me of the special mentors I have had across my career, including today. I cannot express how much they have benefited my leadership and enriched my life. To all of my mentors, past and present, I thank you. 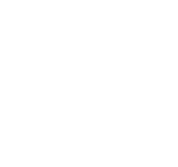